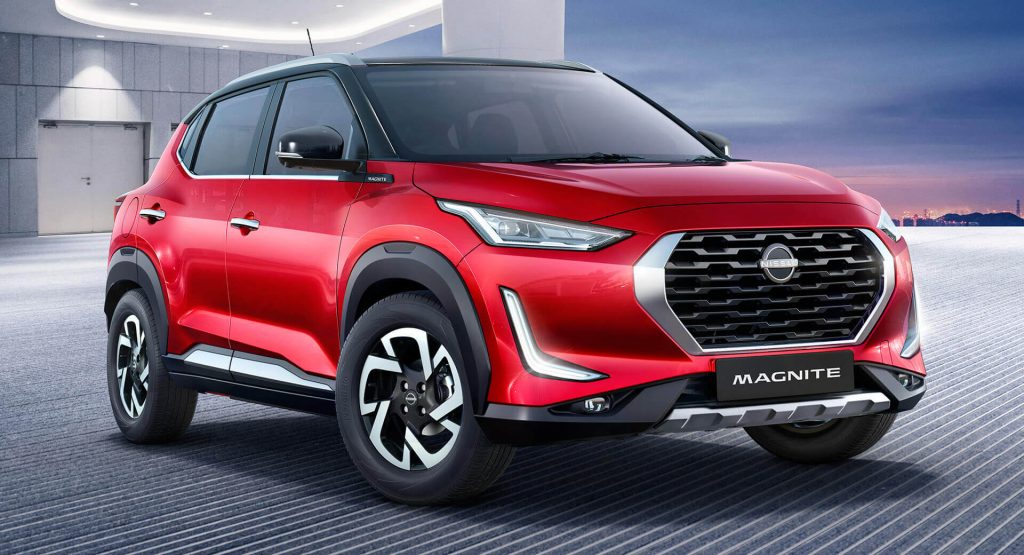 Nissan’s newest tiny crossover is the Magnite, its smallest high-rider yet at sub-4-meters (157.5 in) long, which is aimed at India but will eventually launch in other markets.

Previewed by a show car earlier this year, the production version looks pretty much the same, bar the toned down grille, lower section of the front bumper with integrated skid plate, different rear diffuser and new graphics for the head- and taillights. 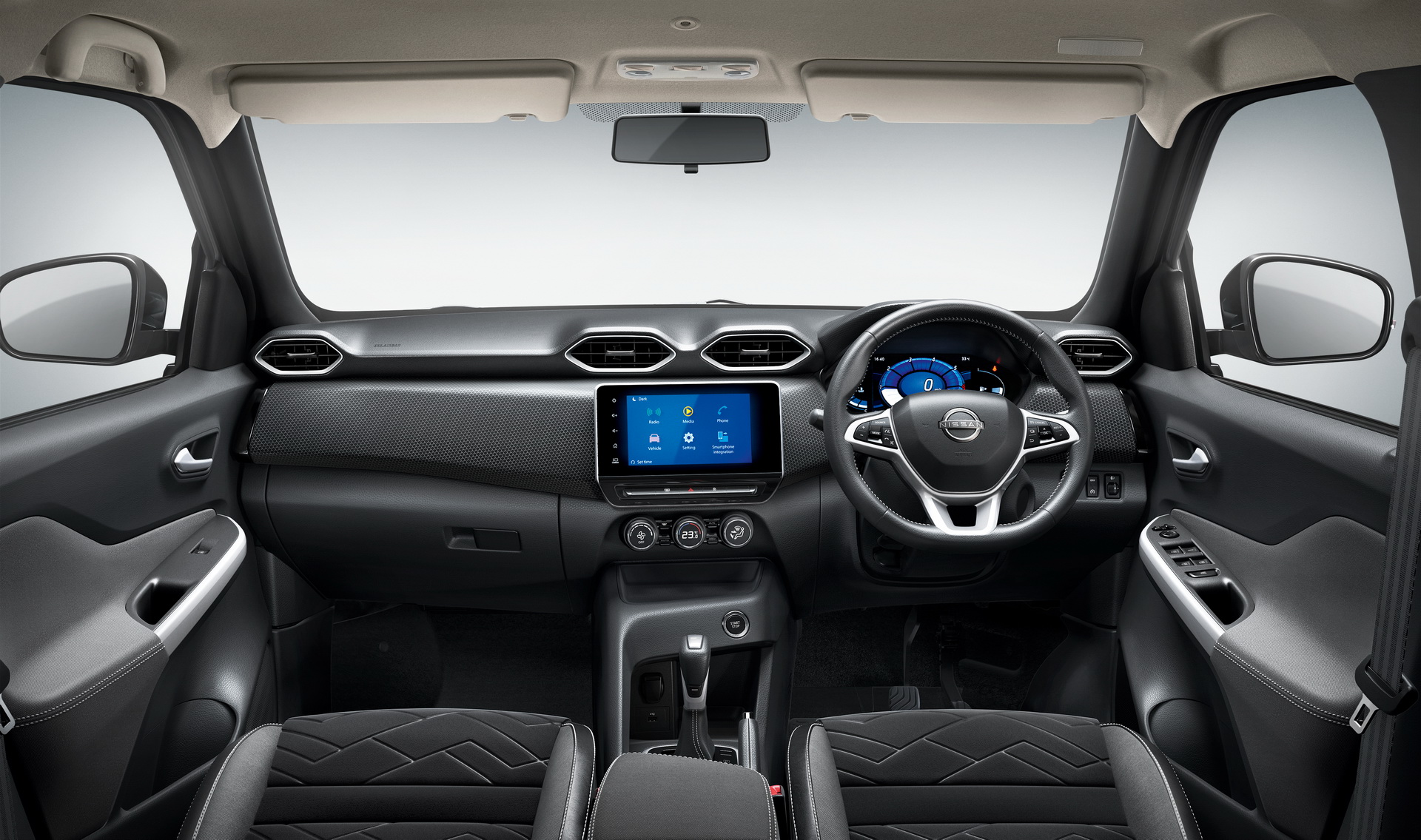 Not much has changed inside either, where the dashboard panel carries over with identically-shaped air vents (albeit with new looks) and an 8-inch infotainment screen with Apple CarPlay and Android Auto, sitting in the middle, on top of the HVAC controls and a small cubby on the central console.

Behind the three-spoke steering wheel, drivers will look at a 7-inch TFT display, with the Magnite also featuring a push-start button, electric windows and side mirrors and a large armrest between the front seats. Nissan says that it offers “best-in-class 700 mm (27.5 in) couple seat distance, interior space and roominess”.

Built on the CMF-A platform, shared with the Renault Triber, the Magnite packs a new turbocharged 1.0-liter engine, understood to develop 95 HP, mated to a CVT. A naturally aspirated 1.0-liter petrol unit is expected to join the range in the entry-level variant, with around 70 HP and perhaps a five-speed manual gearbox.

The Magnite features 205-mm (8-in) of ground clearance to go with Hill Start Assist, 360-degree around view monitor, cruise control and a few other gizmos that will be detailed before it goes on sale in India, early next year.