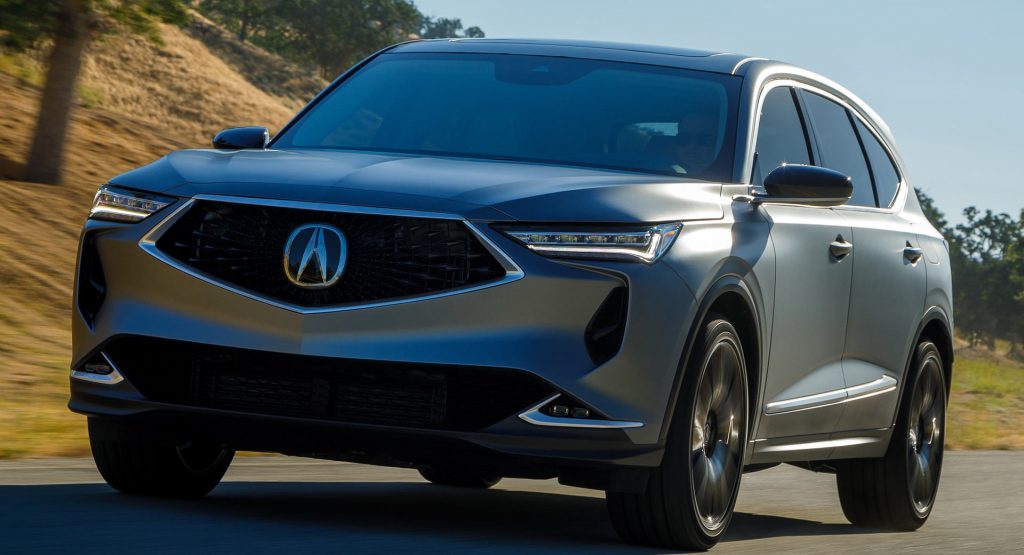 The Acura MDX is America’s best-selling three-row luxury crossover and it’s about to get a radical redesign.

Previewed by this thinly veiled MDX Prototype, the production model will be launched early next year and followed by an MDX Type S in the summer of 2021.

As for the prototype itself, it follows in the footsteps of the 2021 TLX and features a diamond pentagon grille that is flanked by slender JewelEye LED headlights. The crossover also has a sculpted hood, sporty air intakes and a wide lower opening.

Also Read: 2021 Acura TLX Has The Brawn To Back Up Its Sharp Looks

Continuing down the sides, there’s athletic bodywork and a sharply sculpted beltline which helps to emphasize the longer wheelbase. Acura also said the crossover adopts a lower and wider body as well as a greenhouse that has been set further back.

Other highlights include more dramatic third quarter glass and a sportier rear end with Chicane LED taillights. The model also has a dual exhaust system and 21-inch alloy wheels. 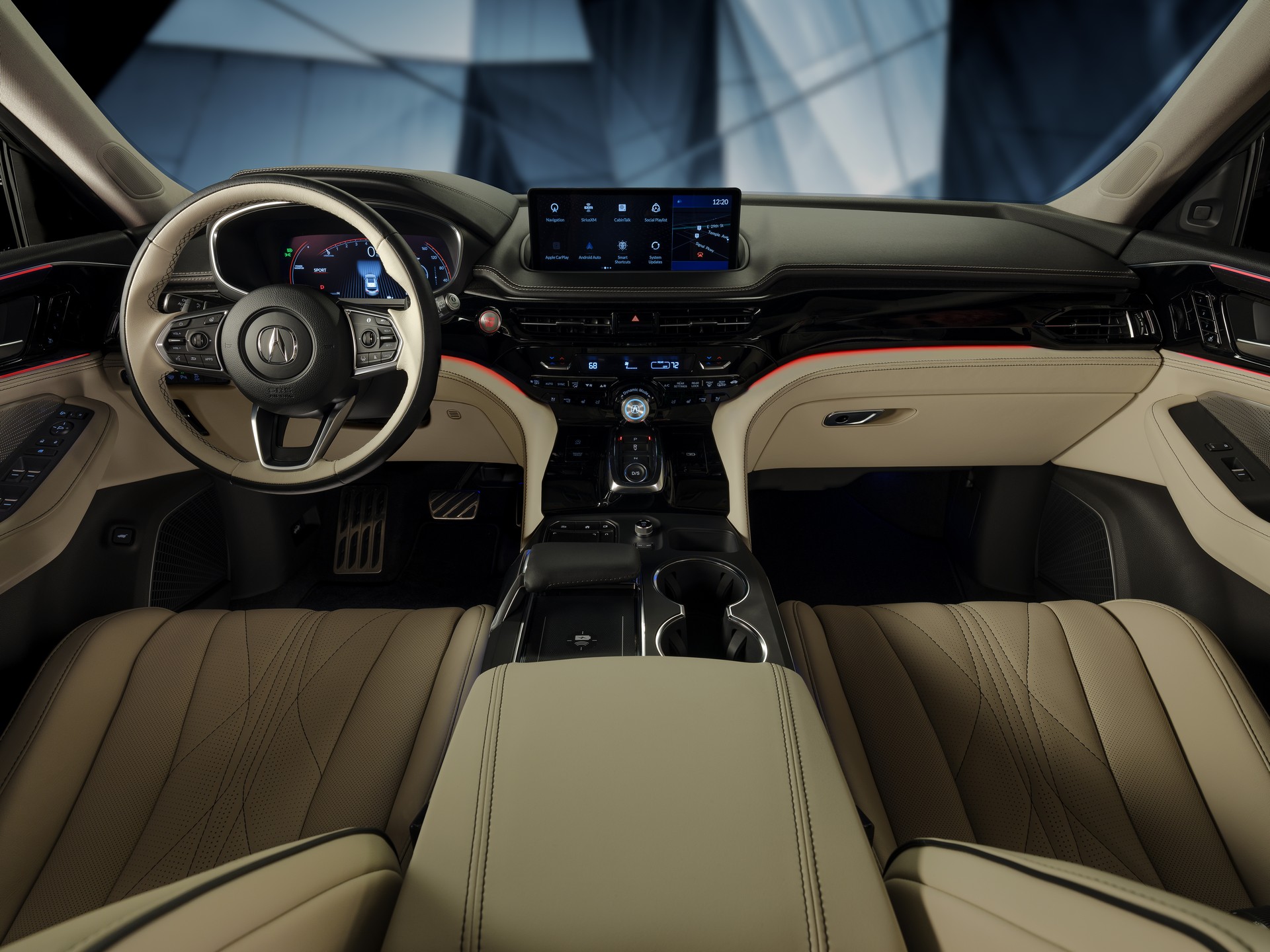 The upscale styling continues in the cabin as drivers will find Milano leather, polished aluminum accents and open-pore wood trim infused with metallic flakes. The prototype has also been equipped with stylish seats that features curvilinear quilting, gradient perforation and high-contrast piping.

Speaking of the seats, Acura says there is more legroom in all three rows. The model also features more first- and third-row headroom as well as added cargo capacity. Last but not least, the front-row sport seats have 16-way power adjustment and a massage function with nine different modes.

Elsewhere, there’s a 12.3-inch digital instrument cluster and a matching 12.3-inch infotainment system. The model also has a panoramic moonroof, a leather-wrapped dashboard and an LED ambient lighting system with 27 different schemes.

On the audio side of things, the MDX Prototype has a 25 speaker ELS Studio 3D sound system with 22 discrete channels and 1000 watts of power. Acura says it’s the most powerful system they’ve ever offered and sets a “new standard for concert-quality in-vehicle audio.” 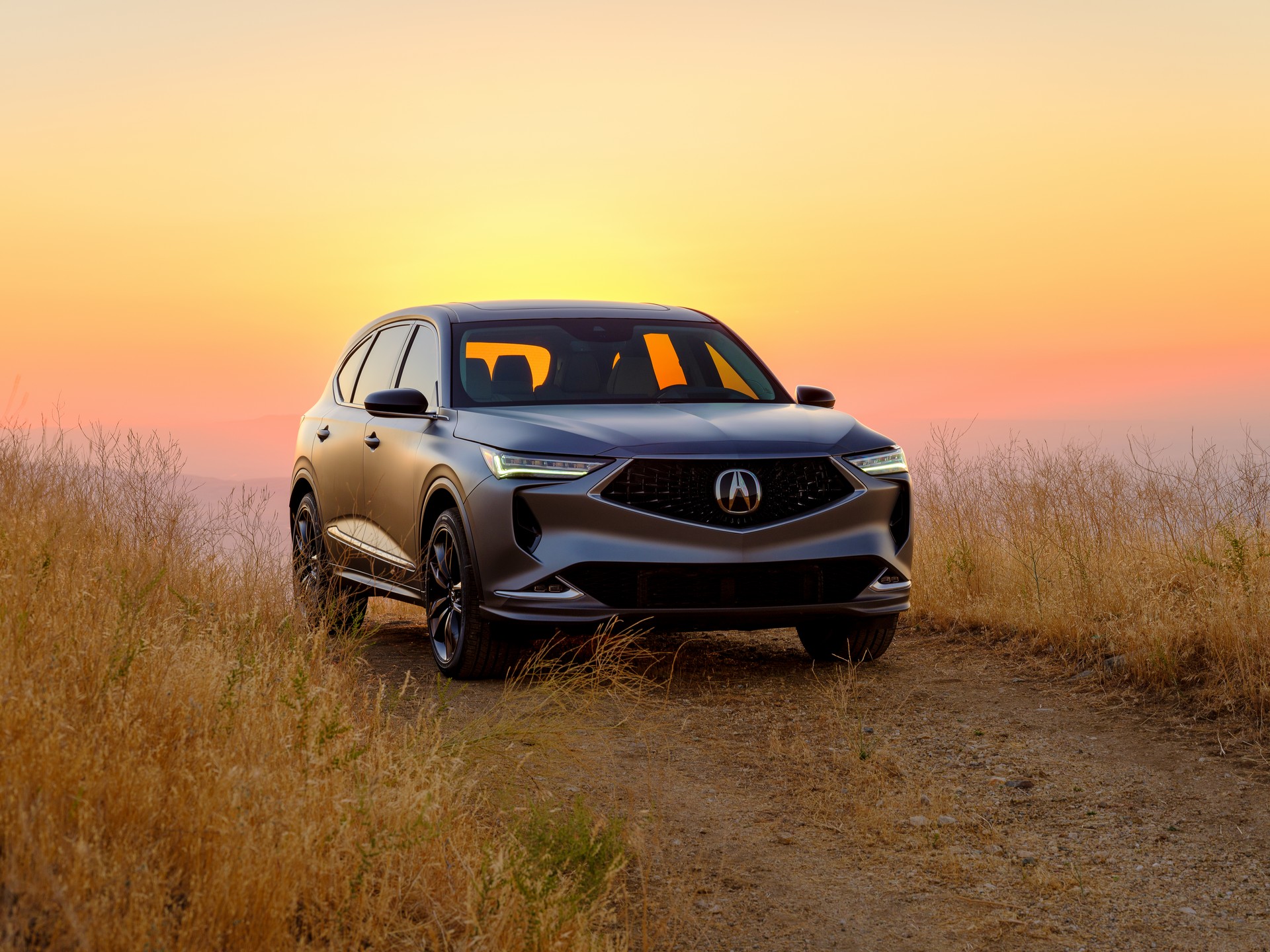 While speculation suggested the four-cylinder engine would carryover from the TLX, that’s not the case as Acura confirmed the entry-level unit is a 3.5-liter V6 which is paired to a ten-speed automatic transmission.

The company didn’t release specifications for the base engine, but said the MDX Type S will have a turbocharged 3.0-liter V6 that produces an estimated 355 hp (265 kW / 360 PS) and 354 lb-ft (480 Nm) of torque. The Type S will also have a fourth-generation super-handling all-wheel drive system.

The crossover rides on an all-new light truck platform that has been designed to deliver “athletic handling, refined ride comfort and exceptional cabin quietness.” The company didn’t go into many specifics, but confirmed the model will have a double wishbone front suspension, four-piston Brembo brakes and the most rigid body ever used on an Acura SUV. The MDX will also have an Intelligent Dynamics System which allows the driver to customize the ride, handling, steering, suspension and powertrain characteristics with the twist of a dial.

The MDX will also come with the AcuraWatch suite of driver assistance systems. Many features will carryover from the TLX including Traffic Jam Assist and Road Departure Mitigation.