Ford Australia has announced a new variant of the popular Ranger that will make its local debut before the end of the year. Dubbed the Ranger FX4 MAX, the vehicle has off-road capabilities inspired by the Ranger Raptor.

At the front, the Ranger FX4 MAX includes large Ford lettering on the front grille and also has dark grey on the skid plate, mirror caps, door handles, rear tray surrounds and fender flares. Ford has also equipped the pickup with a full-length tubular sports car that is finished in matte black, in-tray lighting, and body-mounted side steps.

Customers will be able to purchase the FX4 MAX in either Alabaster White or Conquer Grey, a shade previously only available for the Ranger Raptor. An optional graphics package is also available. 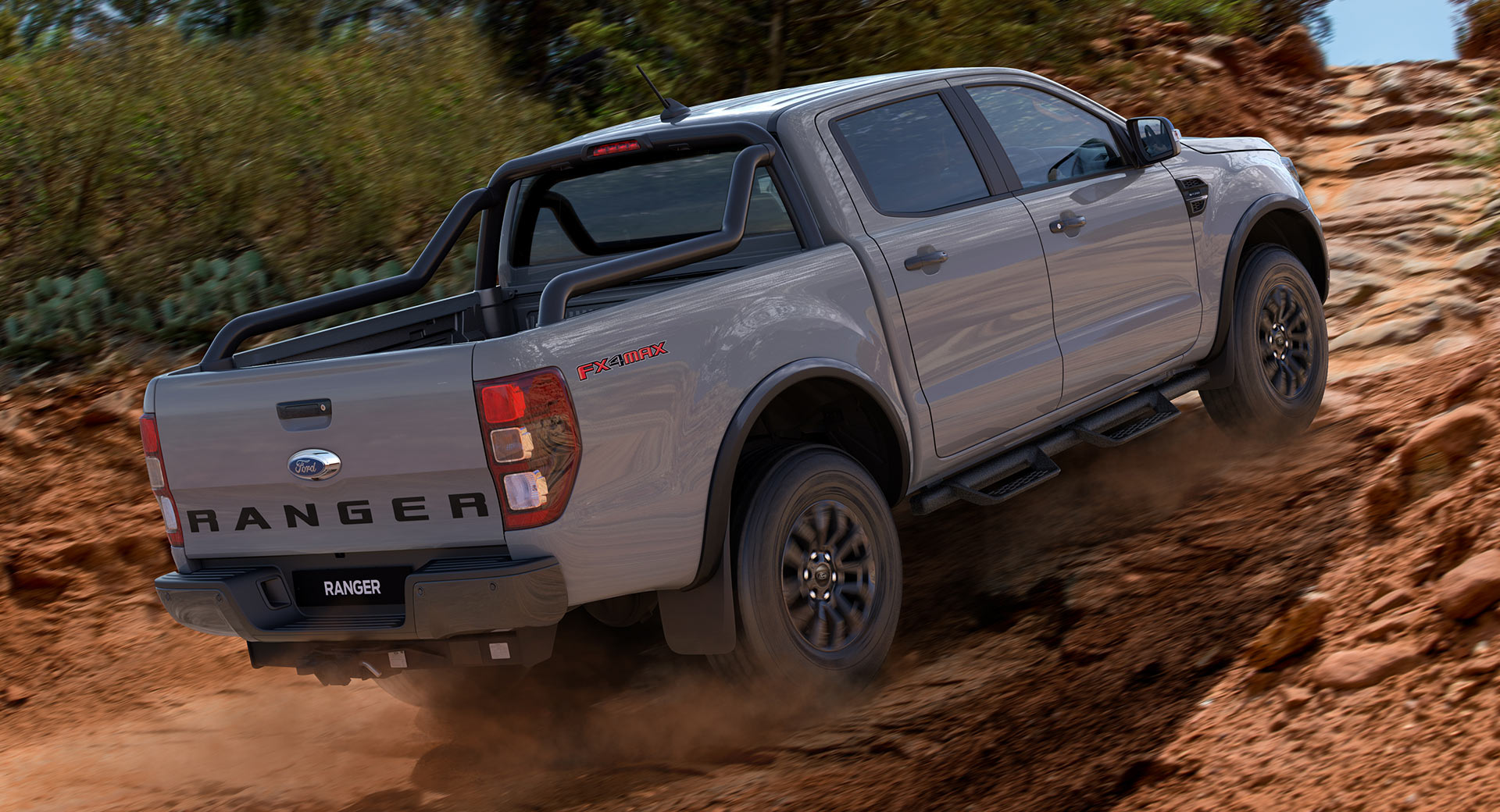 To improve the Ranger’s off-road credentials, Ford has equipped it with exclusive 17-inch wheels that are wrapped in 265/70R17 BF Goodrich All-Terrain K02 tires, the same as those of the Ranger Raptor. The suspension has also been tweaked for Australian conditions and tested throughout the country, including at Ford’s You Yangs Proving Ground. New suspension parts include 2.0-inch Fox monotube shocks at the front and rear as well as tuned coil springs at the front and tuned leaf springs at the rear.

“Our goal with the suspension was to extend Ranger’s off-road capabilities, and we started with the basics: suspension travel, vehicle track and shock damping capabilities,” Ford chassis engineering manager Tony Tsiandikos said. “The changes mean greater control of the vehicle in more aggressive terrain. As well of course as testing at our Proving Ground in the You Yangs, we took the FX4 MAX through its paces, from the Victorian High Country to South Australia, and we’re confident that these are the very places that FX4 MAX customers will take their own vehicles.”