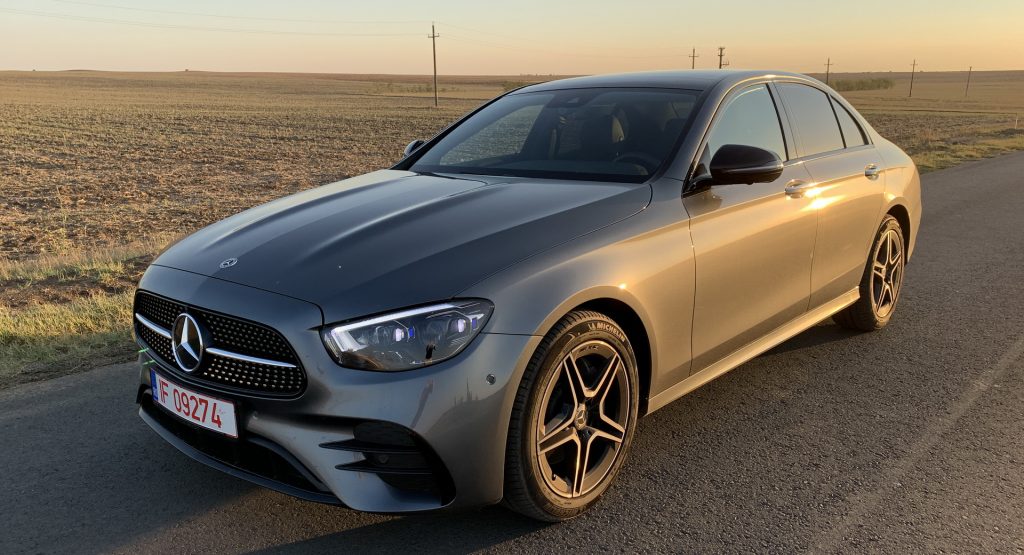 If you want to drive around in something elegant with four doors and room for five adults, you’ll find that there’s no shortage of excellent options out there competing for your attention.

Take the midsize premium segment for example, where trying to decide between rivals like the E-Class, 5-Series and A6 will hardly ever come down to which of the three is a superior product, but rather the best package at certain points throughout their life cycles.

It also depends on what you think of the styling, which is a major factor now for the E-Class since Mercedes decided to opt for a horizontal tail light design. Not everyone is a fan, so it would seem.

Related: Facelift Or No Facelift – What’s Your Verdict On The 2021 Mercedes-Benz E-Class?

You might think that driving a mildly polarizing Benz would leave you with at least some mixed emotions, but it really doesn’t. As long as you nail the spec, inside and out, you might begin to wonder why on Earth anybody would spend more money on a CLS. 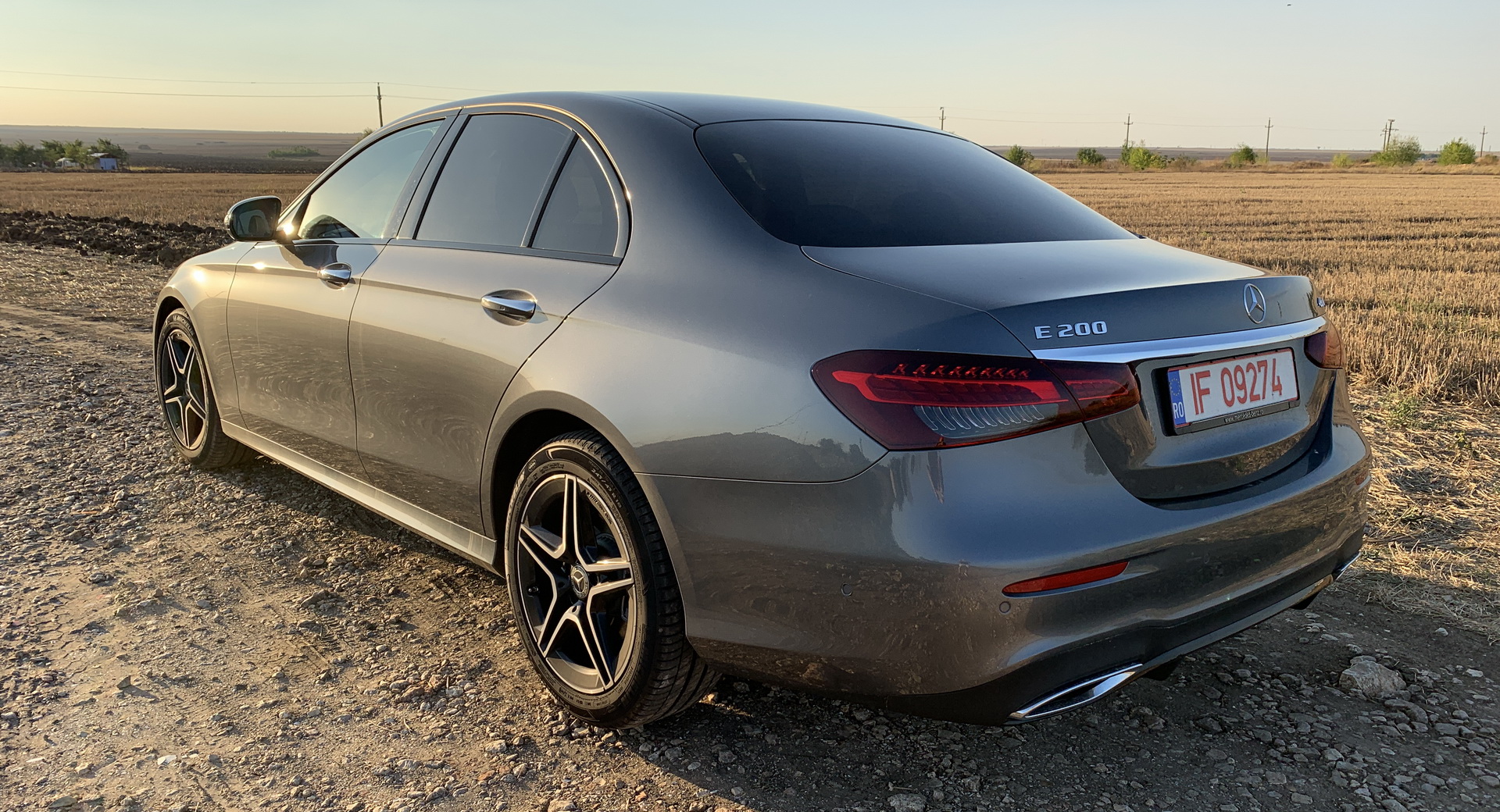 As you can probably deduce, our test car was fitted with the AMG Styling kit inside and out, and what this means for the exterior is that you end up with more aggressive-looking bumpers and side skirts. The car looks really good when viewed from the front or the side. As for the rear, let’s say it looks good enough, even though the older model’s tail lights arguably worked a little better with the car’s overall design.

Something very few people actually noticed about the 2021 E-Class is that you can get the sedan variant with the same double crease hood as you get in the proper AMG versions, or the Coupe and Cabrio variants. That wasn’t always the case, and it makes the time you spend behind the wheel a bit more interesting as you’re always staring at those creases like you would at two little sporty bulges.

Other exterior highlights include the Selenite Grey Metallic paint, as well as 18-inch five double-spoke wheels, although the latter can seem a bit undersized from certain angles. Thus, you might as well get 19-inch rims in order to fill in those arches a bit better.

Props for that new steering wheel

Technically, Mercedes did not do a great deal to change the interior of the E-Class during this mid-cycle refresh. However, the revised instrument panel graphics, latest-gen MBUX system and the brand new steering wheel design really do add up to a considerably more modern and elegant ambiance.

All the buttons on the spokes are touch capacitive and the spokes themselves can be pressed for various functions. The graphics meanwhile are excellent, and you’ll be hard-pressed to find a higher-definition 360-camera system out there. Granted, they do exist, but this one is up there with the best of them. 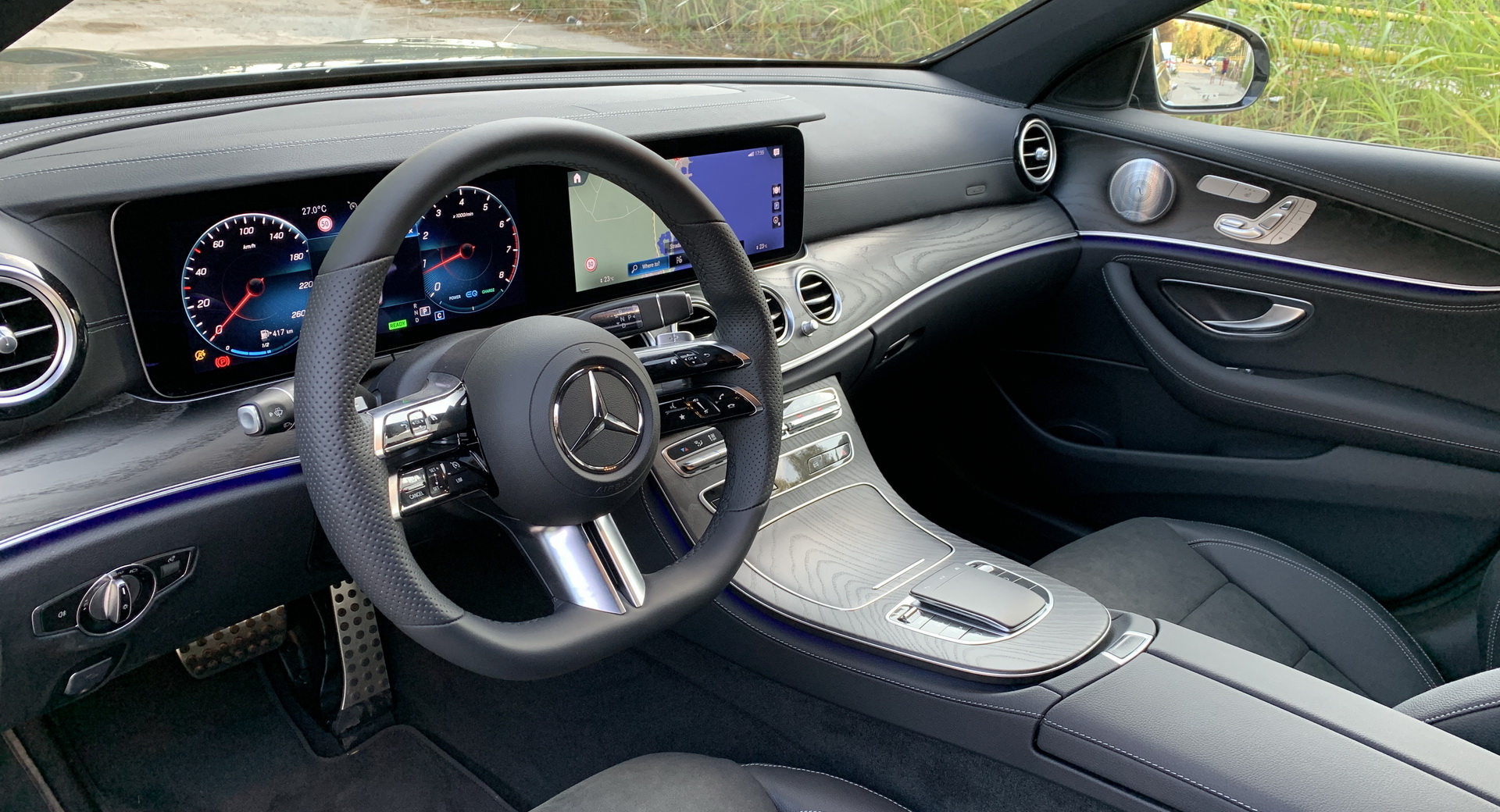 How good is it to drive?

It’s an E-Class. It’s smooth, quiet and extremely easy to maneuver around town. The Agility Control suspension is a good thing to have, and I actually found myself putting the car in Sport+ on the highway just to tighten up the steering a little bit. You can also set it up whichever way you want in the Individual settings.

Usually you’ll be in Comfort Mode though, and you’ll enjoy Mercedes’ exquisite 9G-TRONIC gearbox that is available with all engines. Which brings us to the E 200 4MATIC configuration.

It’s a bit of a weird combo in the sense that when you’re cruising around in Comfort Mode and you need to put your foot down, there will be lag, and there won’t always be enough torque at your disposal unless you just really step up on the gas pedal. Technically it’s not slow or underpowered, but it’s not the most perfect of marriages either.

How can I get the best value?

In terms of specs, all we can do is suggest that you get whichever powertrain you go for, you might want to get the interior and exterior AMG styling kits with the sporty steering wheel and double-creased hood and 19-inch wheels – and then try to tick as few options as possible so as to not end up spending S-Class money on an E-Class. 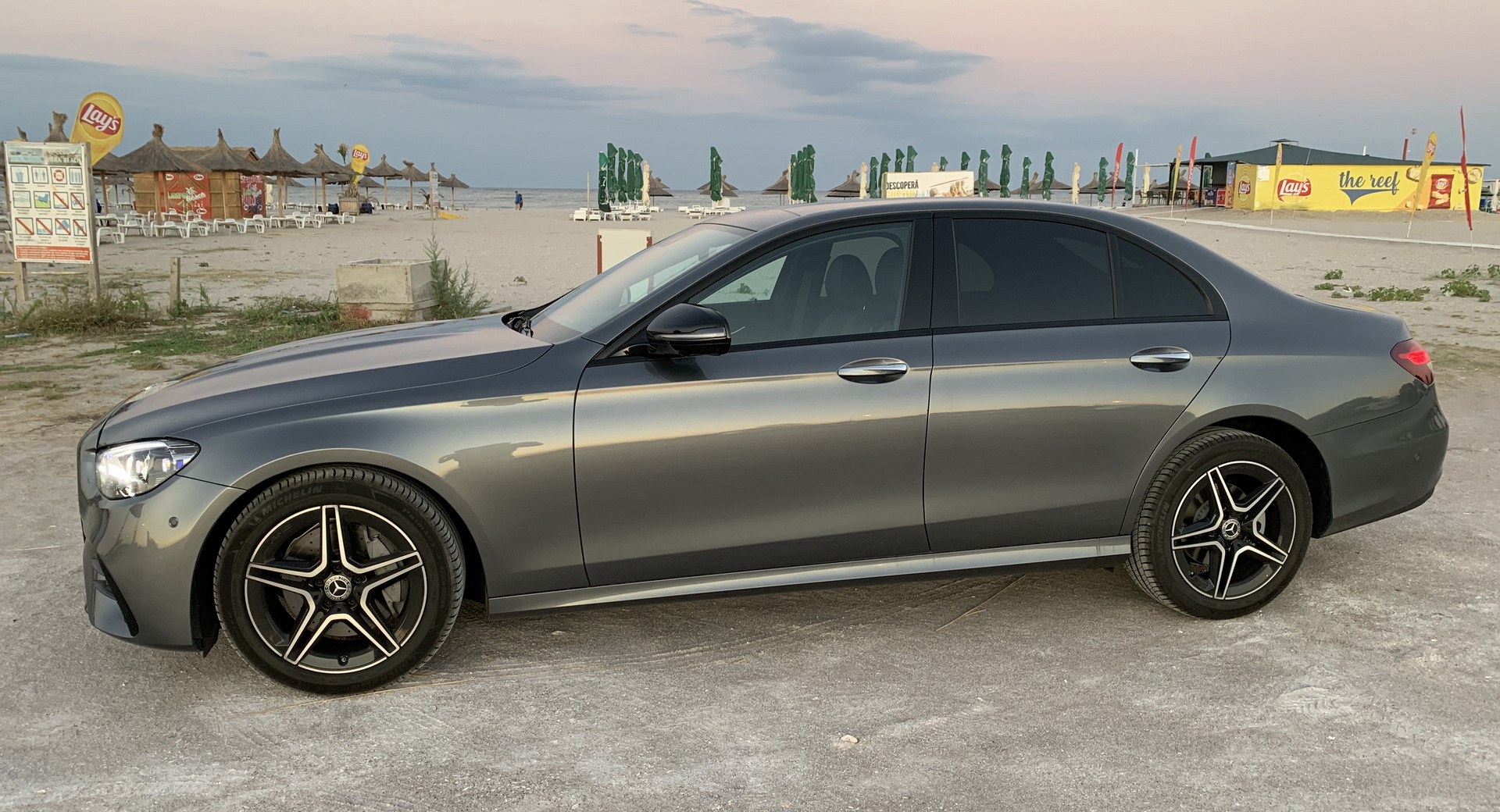 Will I regret buying one?

As long as you get the spec right, definitely not. The E-Class continues to strike a beautiful balance between comfort and driver engagement, with a typical Mercedes-style emphasis on the former.