Ford teased a hardcore Bronco earlier this month and the company has followed up with a new teaser image and confirmation that the model wears 37-inch tires.

This is interesting for a number of reasons as the tires are larger than the 35-inchers found on the Bronco Wildtrak.

More importantly, it suggests the model has a heavily revised suspension. During a press briefing ahead of the Bronco’s debut, Ford officials told us the ‘standard’ Bronco runs into “clearance issues” when equipped with tires that are larger than 35-inches. Given that this variant has 37-inch tires, it’s only natural to assume engineers have made a number of modifications to ensure the off-roader has plenty of clearance. 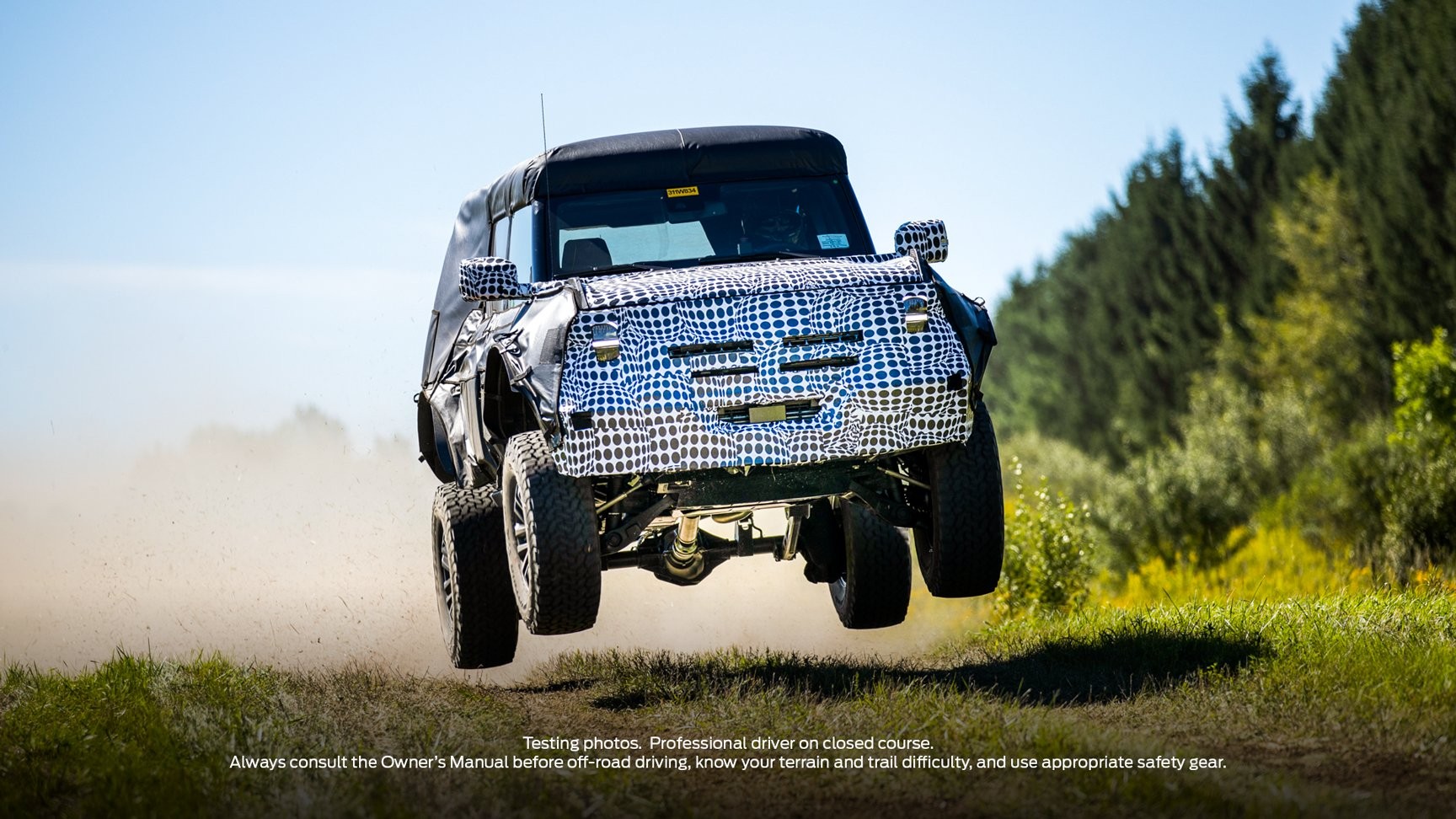 Of course, this isn’t too surprise as we noted the original teaser image showed an upgraded suspension which traded aluminum components for beefier steel replacements.

Besides the larger tires and upgraded suspension, the model could be equipped with a more powerful engine. Ford has already downplayed the possibility of a V8 and speculation suggests the company will instead use a version of the 3.0-liter EcoBoost V6 found in the Explorer ST.

Testing 37-inch hooves! Future weekends are about to get a lot better! #FordBronco pic.twitter.com/KVugNgCT5r

While there’s some debate over whether the model will be call a Raptor or Warthog, Ford mentioned “hooves” in today’s teaser. This could have some significance as Motor1 noted Warthogs have hooves, while raptors have claws.

We’ll also point out the original teaser showed the model ‘flying’ and it’s possible Ford decided to name the vehicle after a fleet of Warthogs located northeast of the Michigan Assembly Plant where the Bronco is built. Those are A-10 Thunderbolts, better known as Warthogs, stationed at Selfridge Air National Guard Base.

That’s just speculation, but Ford has already filed to trademark the Warthog name. The animal verse airplane debate is also interesting as it echoes the discussion about the Mustang which is commonly believed to be named after the P-51 Mustang.