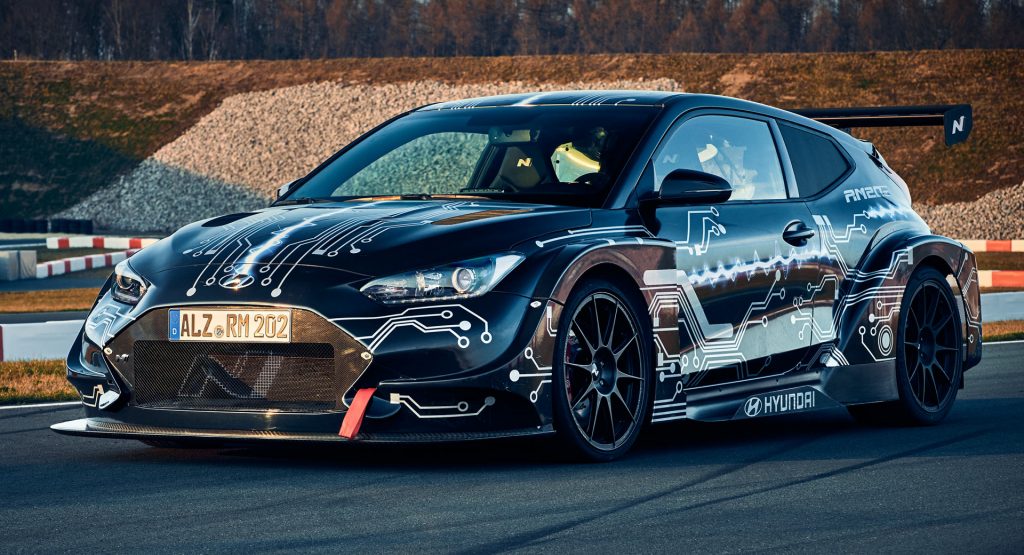 Hyundai has used the Beijing Auto Show to introduce the RM20e prototype.

Designed to convey the “next generation of Hyundai N performance,” the prototype is an electric sports car that wears the body of a Veloster N.

Billed as a rolling engineering lab, the prototype is track-focused and features a carbon fiber front splitter as well as extended fenders that house 19- and 20-inch forged alloy wheels. It has also been outfitted with a ventilated rear fascia, a massive diffuser and a large wing. 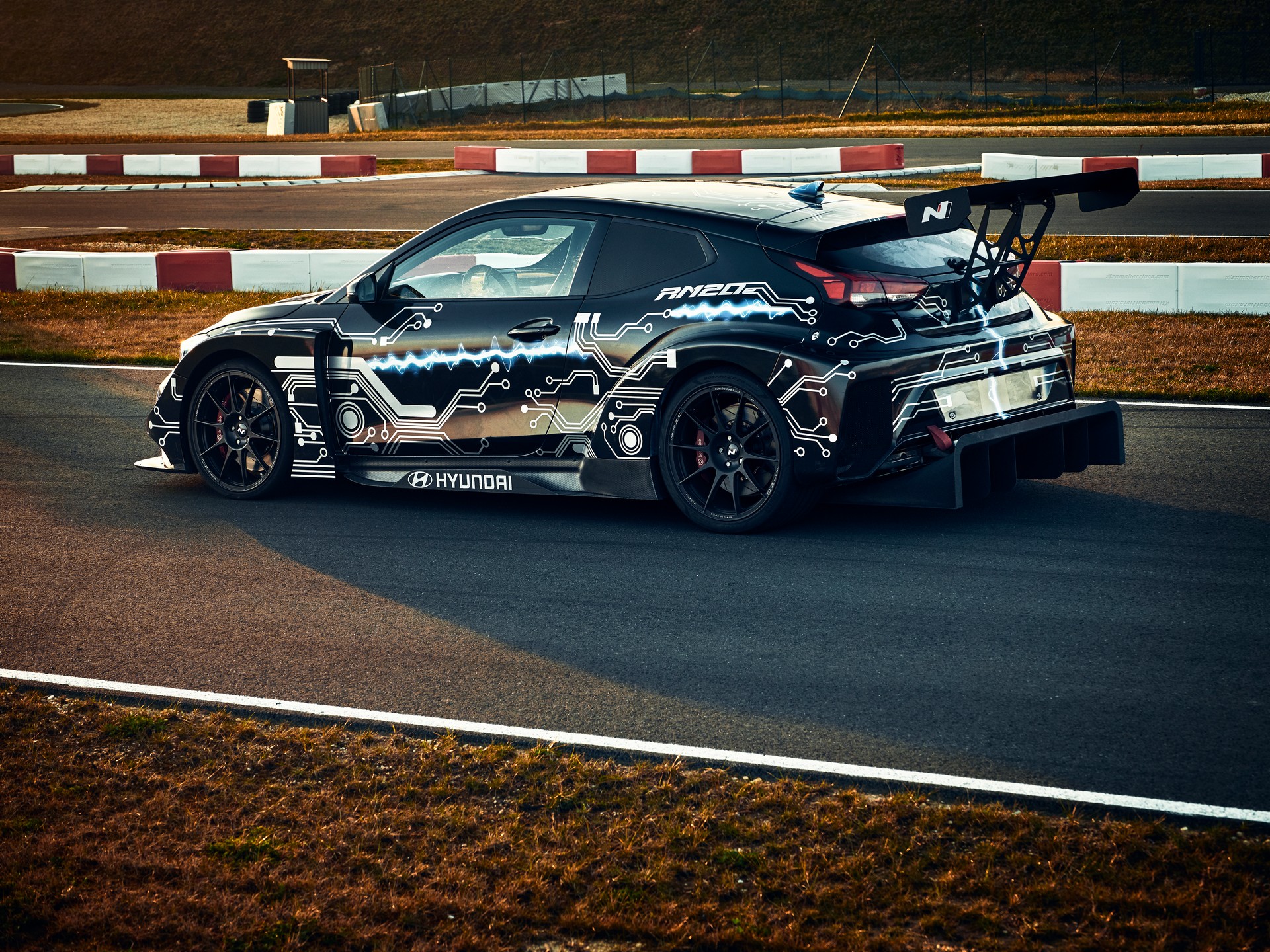 Hyundai didn’t show much of the interior, but the model but features a digital instrument cluster and a steering wheel sourced from the Veloster N TCR, as well as Sabelt sport seats with six-point harnesses.

Hyundai didn’t mention the EV’s range, but confirmed that it has a 60 kWh battery pack and 800V fast-charging capability. They also stated the prototype has “racecar-like levels of performance … while retaining daily-driver quietness, responsiveness and road-going capability.”