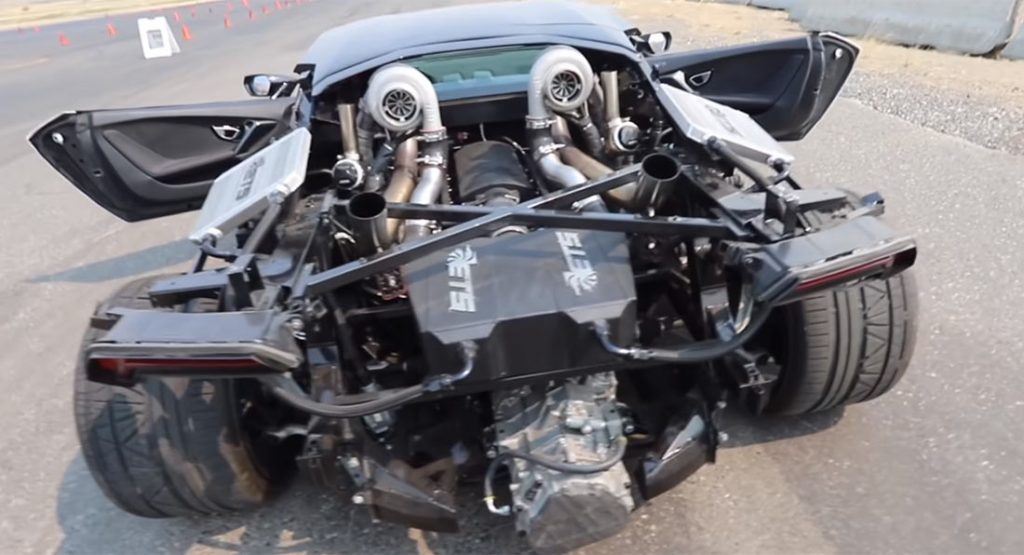 One of the most desirable features of a Lamborghini Huracan is its screaming, naturally-aspirated V10 engine. This one, though, is different.

Created by YouTube channel B is for Build, this Huracan is rocking an LS V8 engine – and not just any old LS, but a custom-built one that is sporting a pair of turbochargers. It was presented at SEMA last year and is absolutely wild.

Chris from B is for Build purchased the Lamborghini after it suffered serious engine damage when an aftermarket twin-turbo kit went boom. With the original V10 destroyed, Chris was left with the option of either trying to source a used Huracan engine or, instead, perform an engine swap. As you can see, he chose the latter.

The goal is for the car to eventually pump out up 1,500 hp, but actually getting to that figure is proving to be a bit of a challenge. Work on the custom Huracan continues and it was recently taken out to an airport runway to have some fun and put through its paces.

While initially testing the car in this video, the YouTuber encounters some throttle issues that make it impossible for him to smoothly apply power. He suspects it could be some kind of fueling issue, but with it quickly sorted, the car starts to perform very well during a series of autocross tests and some standing-start drag races.