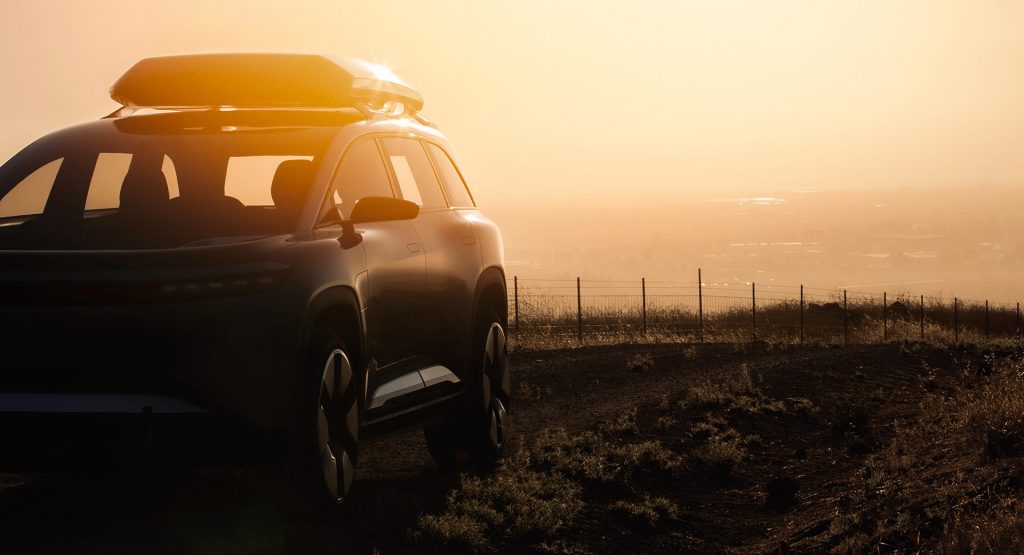 In addition to unveiling the long-awaited Lucid Air, the electric car manufacturer has previewed the SUV it is also working on.

The world got its first glimpse of the Lucid SUV back in August when it was spotted during a photoshoot in California. It is unclear if the SUV presented in these images is a production-ready example but we suspect it is still a prototype and may go through a number of minor modifications before hitting the market.

Read Also: Lucid To Open 20 Retail And Service Locations In North America Through 2021

The Lucid SUV has a design similar to the Air and includes a set of thin LED headlights up front. We can also see that the vehicle has hidden door handles and is sitting on a set of large two-tone wheels. It also has a two-tone paint scheme with the lower section of the body a darker shade than the roof and the D-pillars.

At the rear, the Lucid SUV has a set of thin taillights that stretch across the rear of the vehicle. The example pictured also has a set of roof racks and is carrying a roof box. No interior images have been released but we can see it features a windshield that stretches over the heads of front-seat occupants, just like the Air.

Lucid has previously stated that the SUV is based on the same platform as the Air. With this in mind, there’s a very good chance it will be offered in the same configurations as the Air, meaning all variants will use a 113 kWh battery pack, all-wheel drive, and two electric motors.