The utility of molecular testing has been released in the current COVID-19 pandemic, with RT-PCR becoming a household name. 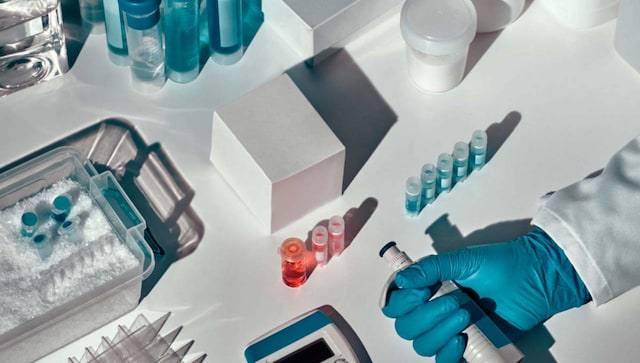 Between 18 and 24 November each year, World Antimicrobial Awareness Week (WAAW) is observed to raise awareness about the critical health issue of antibiotic resistance, and encourages people across the globe to handle antibiotics with care. It also recommends best practices amongst the public, health workers, and policymakers to avoid further emergence and spread of drug-resistant infections. Antimicrobial resistance (AMR) is among the ten most pertinent global public health threats that humanity is faced with, according to the World Health Organisation (WHO).

Antimicrobials include antibiotic, antiviral, antifungal and antiparasitic medicines which fight against bacteria, viruses, fungi and parasite respectively. AMR occurs when these bugs resist the effects of medicines and develop the ability to defeat the drugs designed to kill them. This makes common infections harder to treat and increasing the risk of disease spread, severe illness and death. Some major drivers of AMR include:

Molecular test like RT-PCR, multiplex PCR and whole genome-based assay can provide accurate and rapid diagnosis. These test not only identify the microbe causing the infection but also can offer insight into the bug if it is resistant to antimicrobials.  This knowledge helps clinician to make an informed treatment decision and in turn prevent drug resistance. The utility of molecular test like RT-PCR has been released in the current COVID-19

Advertisements
pandemic. This test has become a household name for COVID-19

Advertisements
diagnosis, however the usefulness of molecular tests like these have still not been recognized for other infections which warrant rapid diagnosis. These infections include sepsis, meningitis, encephalitis wherein precise diagnosis and choice of antibiotics is paramount for lifesaving.  Apart from detecting the organism, RT-PCR is also used to quantitate the amount of organism present in the clinical specimen. In Hepatitis C infection, knowledge of viral load in the clinical specimen is crucial for monitoring the treatment. Advertisements
is just a trailer of what an uncontrollable antibiotic-resistant pathogen might do. Image courtesy: Healthline

Drug-resistant infections spread rapidly through international travel and migration, although its impact is felt slowly, hence unlike COVID-19

Advertisements
, AMR is a silent pandemic with long-term implications for global health. In the fight against AMR, genome-based techniques can play a pivotal role. These tests have the promise to overcome the shortfalls of conventional techniques like culture- which is time-consuming and laborious.

“We recently had a case where a 52-year-old lady was suffering from auto-immune pancytopenia, which meant she had a lower than normal immunity, which made her prone to getting an infection. On observing an abscess on the right leg, she was immediately started on antibiotics, and we sent the sample for blood culture, which came out to be negative. However, I wanted to be doubly sure, and hence I sent the pus sample for multiplex PCR testing to (our lab) in Bangalore,” said Dr Sachin Jadhav, a leading oncologist from Bengaluru.

“The results showed presence of Salmonella and hence confirmed the diagnosis of a rare typhoid infection. Based on the diagnosis, the antibiotic prescription was altered, and she recovered in 2 weeks. Without the clarity that multiplex PCR offered, the precise antibiotics prescription would not have been possible and that would have led to increased chances of antibiotic resistance,” Jadhav added.

Techniques such as Next-Generation Sequencing (NGS) use the knowledge of the genome of the microbe. Like in case of tuberculosis, where the biggest challenge is multi-drug resistance.

“Last year, we launched our proprietary SPIT-SEQ test – a direct sputum-based whole genome sequencing test for diagnosing and profiling drug resistance in pulmonary tuberculosis in one go,” said Dr Ramprasad V L, CEO of MedGenome Labs. “With multiple applications of NGS in infectious diseases, we are poised to make an impact on antimicrobial use and infectious disease management.”

The author is the Principal Scientist (Infectious Diseases) at MedGenome Labs Ltd, Bangalore.