Redmi 9i will be launched in India on 15 September. Once unveiled, the smartphone will be available for sale on mi.com and e-commerce portal Flipkart. The date of the launch of the upcoming phone was announced by Redmi India on its Twitter page.

“Entertainment & excitement are both going to be yours! #Redmi9i – is launching on September 15 on mi.com & @Flipkart!” the post read. 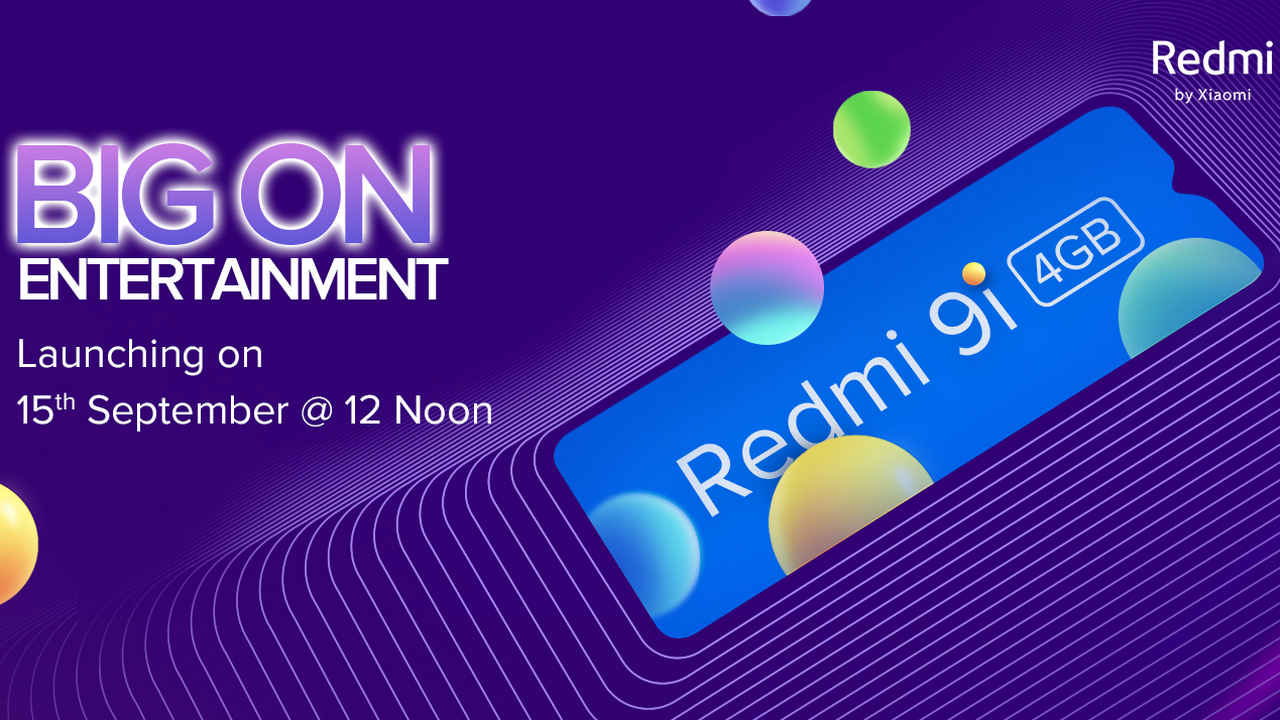 Tweet ‘ℹ️ AM READY’ if you’re as excited about the launch as we are! #BigOnEntertainment

The Redmi 9i smartphone is teased to come with 4 GB RAM and has a waterdrop-style notch similar to other phones in Redmi 9 series – the Redmi 9 and the Redmi 9 A.

There is also a dedicated page on mi.com that is teasing some of the key specifications of Redmi 9i. It shows the blue colour variant of the smartphone.

The phone will sport a punch-hole display and will have audio jack support on top. The power and volume rocker buttons are expected to be on the right side of the screen.

Redmi claims that the upcoming smartphone will be “big on” entertainment, have a bigger display and will offer microSD card support for storage expansion.

The phone will run on MIUI 12 and have amazing gaming features for users. The camera quality of the phone is also teased by Redmi.

The smartphone is expected to come powered with a big battery.

Last month, tipster Ishan Agarwal revealed that Redmi 9i is expected to be powered by MediaTek Helio G25 chipset and the battery will be of 5,000 mAh.

As for the cameras, the smartphone is likely to feature a single 13 MP camera at the back. For selfies, it is likely to house a 5 MP front camera that sits in the waterdrop notch.

The Redmi 9i might be rebranded Redmi 9A that has already debuted in Malaysia.

The smartphone is expected to be available in Midnight Grey, Twilight Blue and Peacock Green colours.