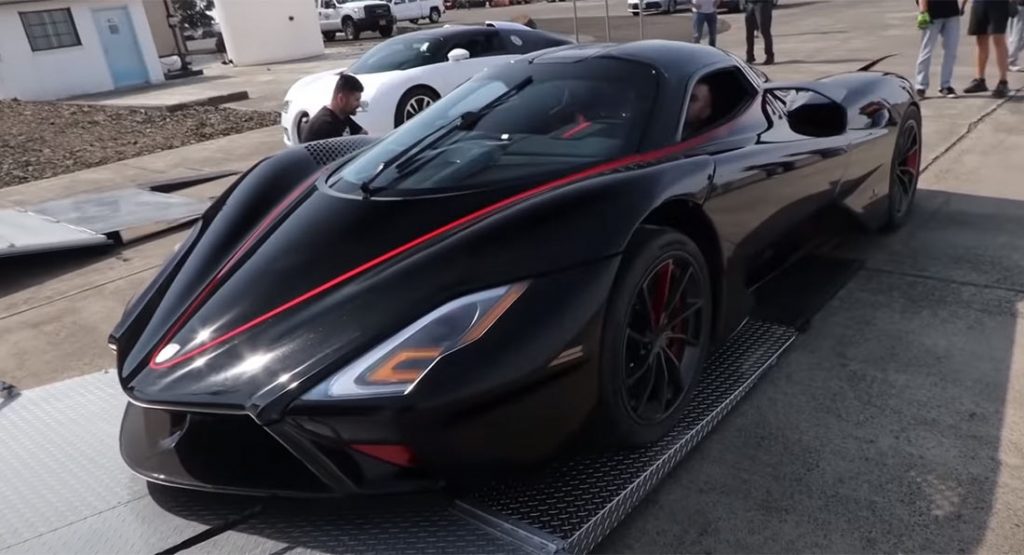 Just how fast is the SSC Tuatara? Well, it’s fast enough to beat a Bugatti Veyron with considerable ease.

SSC hasn’t released that many videos of the production-ready Tuatara, let alone handed the keys over to journalists to review the car. Consequently, we don’t know what it is to drive, but this clip from YouTuber TheStradman does give us a good demonstration of just how fast it is.

If you can deal with the YouTuber’s over-enthusiastic and incessant shouting into the camera, the video is quite entertaining as we get to see the Tuatara and the Veyron go toe-to-toe in a rolling drag race. As quick as the Veyron is, the SSC roars off into the distance and takes an easy victory – and even though the Tuatara suffered from some wheelspin in the lower gears, the Veyron stood no chance.

Watch Also: Riding In The SSC Tuatara Looks Like An Insane Experience

Later on in the video, the YouTuber jumps into the passenger seat with Jerod Shelby behind the wheel. Eager to show what the Tuatara is capable of, Shelby launches it to 242 mph (389.4 km/h) in just half a mile. Making this all the more impressive is that the Tuatara hit 242 mph in fifth gear and 7,000 rpm. FYI, it has two more gears and an 8,000 rpm redline…

Providing the car with such extraordinary performance is a 5.9-liter twin-turbocharged V8 with a flat-plane crank that produces 1,750 hp when running on E85 and 1,350 hp with 91 octane fuel. Mated to this engine is a quick-shifting transmission that kicks through the gears in less than 100 milliseconds.

SSC has made no secret of the fact that it wants to push the Tuatara to over 300 mph (482 km/h). Will it be the first to break that barrier? That remains to be seen.