The Dodge Viper is an American icon and this 1997 example tuned by Hennessey Performance could be the perfect addition to any car collection.

This Viper is one of 1,671 GTS models that were produced for 1997. It was first registered in Ohio and has since spent time in Pennsylvania and New York before being acquired by the selling dealer from the estate of its second owner earlier this year. The odometer reads a touch under 12,000 miles (19,300 km) and it is being sold with factory books, a copy of the window sticker, a clean Carfax report and a clean Pennsylvania title. 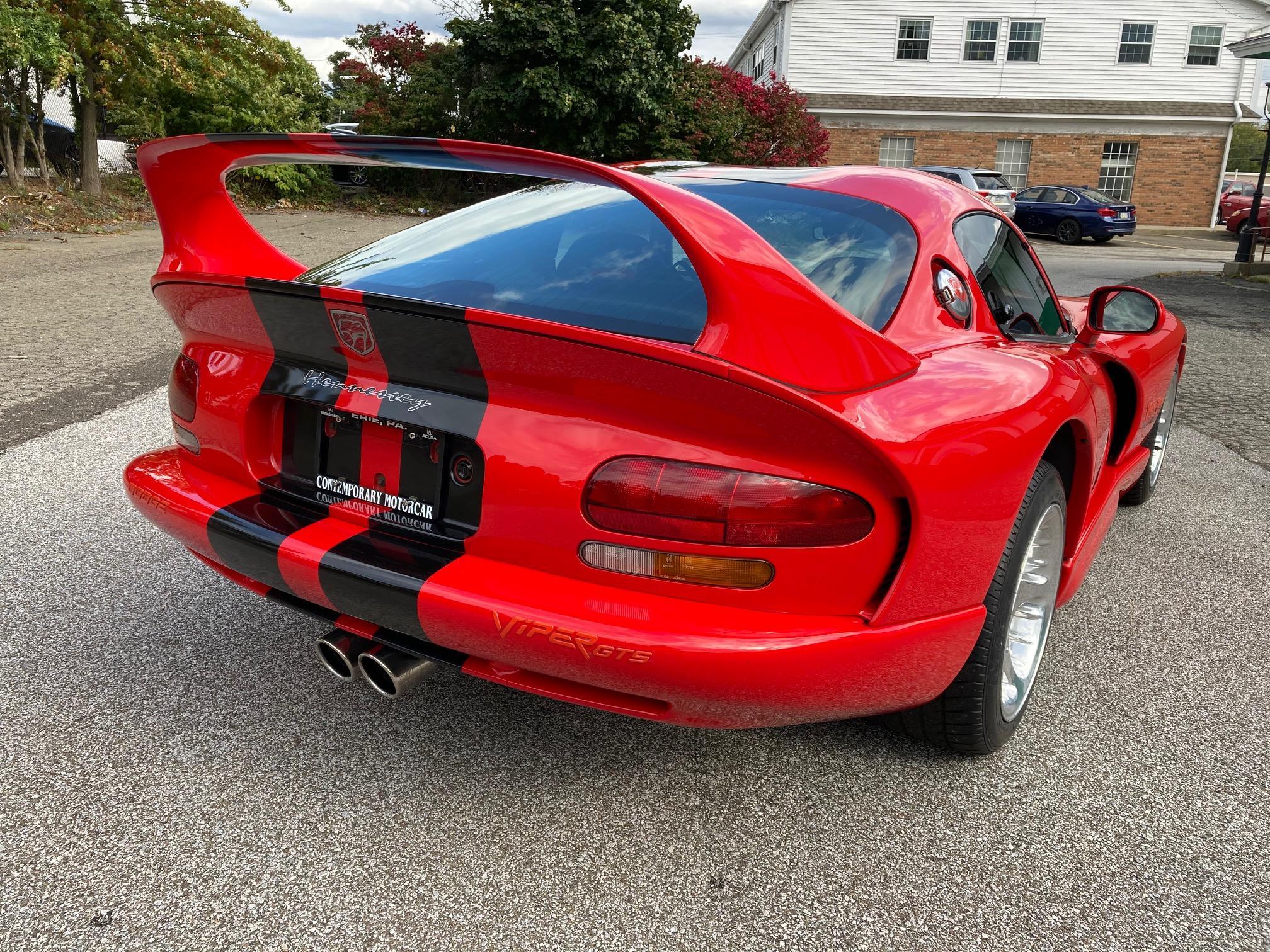 Adorning the exterior is Viper Red paint complete with black stripes. There is also a towering rear wing and factory 17-inch chrome wheels shod in Michelin Pilot SX tires that measure 275/40 up front and 335/35 at the rear.

The cabin of this Viper that’s being auctioned on Bring A Trailer sports black leather with red inserts on the seats, steering wheel, shift boot, and emergency brake boot. The driver’s seat also has a red five-point harness and key features include air conditioning, power windows and an Alpine CD player.

Power is provided by a naturally aspirated 8.0-liter V10 which, in this car, has been fitted with the Hennessey Venom 500 package that includes enlarged throttle bodies, reinforced engine internals, a high-flow intake manifold, an upgraded engine computer and long-tube headers. Power is sent to the rear wheels courtesy of a six-speed manual transmission, while the Hennessey package also includes a competition clutch and an aluminum flywheel.