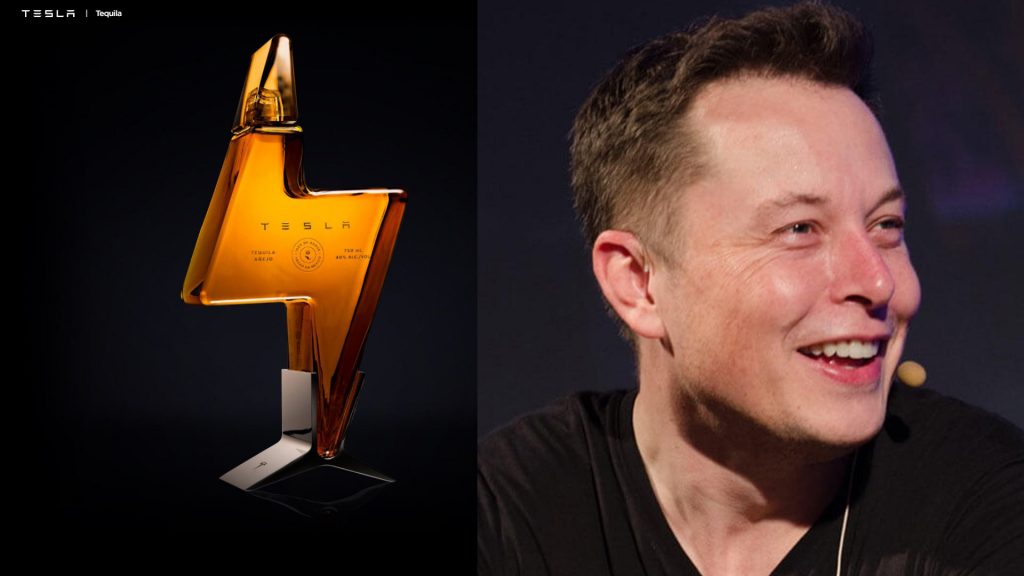 Tesla’s history with non-car-related products now includes alcohol as well, as the carmaker launched its own “Tesla Tequila”. However, it is already out of stock, so don’t rush into the company’s website just yet.

The new Tesla Tequila, which is priced at $250 a bottle, comes in a very impressive lighting bolt-shaped bottle mounted on a stand and offered in limited numbers as a one-time thing only in select U.S. states, including New York, California and Washington.

Read Also: Tesla’s Updated Cybertruck To Be Revealed Towards The End Of The Year

The Tesla Tequila was first referenced in an April Fool’s joke made by none other than Elon Musk back in 2018. The Tesla CEO then tweeted: ‘Elon was found passed out against a Tesla Model 3, surrounded by “Teslaquilla” bottles, the tracks of dried tears still visible on his cheeks.’

Elon was found passed out against a Tesla Model 3, surrounded by "Teslaquilla" bottles, the tracks of dried tears still visible on his cheeks.

This is not a forward-looking statement, because, obviously, what's the point?

The drink is produced by Nosotros Tequila and is “100 percent de agave tequila añejo aged in French oak barrels, featuring a dry fruit and light vanilla nose with a balanced cinnamon pepper finish.” We don’t know yet if Tesla is going to stick to its one-time offer or suddenly launch another batch of its branded Tequila, but chances are that it’s gone. Unsurprisingly, some buyers want to capitalize on this and are already reselling their bottle for as much as $999.

Elon Musk has previously sold flamethrowers for $500 a piece to raise money for The Boring Company. These flamethrowers managed to raise $10 million for the billionaire’s tunnel-transport company.

Tesla is expected to reveal the updated Cybertruck towards the end of the year and, according to Musk, it will look better than the radical prototype shown a year ago. Tesla has reportedly accepted more than 650,000 pre-orders for its first electric pickup truck.