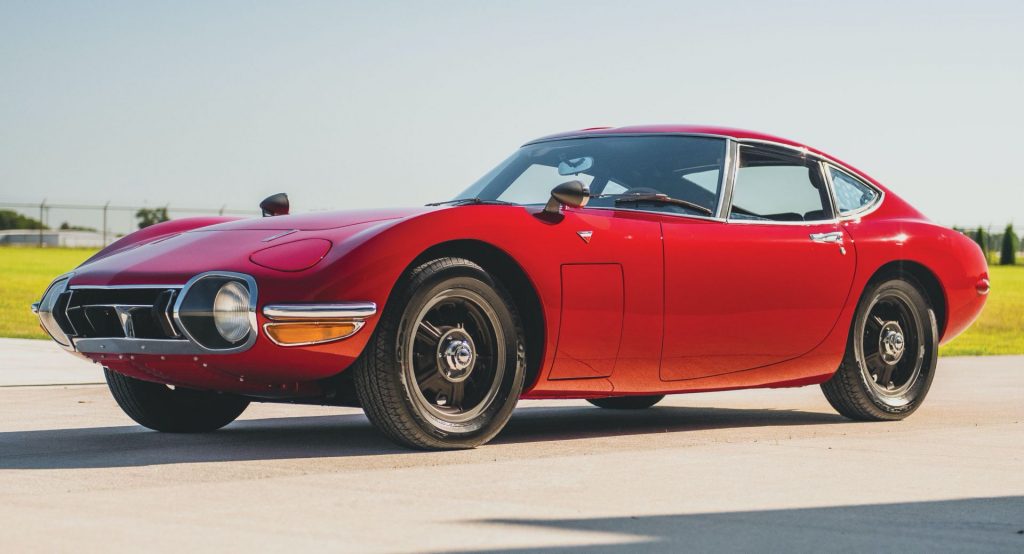 The Toyota 2000GT is arguably the brand’s most legendary car ever made, and on the rare occasion an example is put up for sale, the price attests to that.

Take for instance this pristine 1967 example, which racked up $912,500 at an October 25 auction held by RM Sotheby’s, exceeding the upper estimate of $850,000. This particular 2000GT came with the added appeal of being originally bought and owned by legendary American racing driver Otto Linton (1917-2018).

The 1967 car attracted fierce bidding, with the anonymous buyer acquiring one of the finest examples to come up for sale in recent times. Built in 1967, the Solar Red 2000GT sports chassis number MF10-10100, which means it was the one-hundredth car of the total of 351 units made during the car’s three-year production run. Moreover, it is one of only 62 cars made in left-hand drive for the U.S. market. 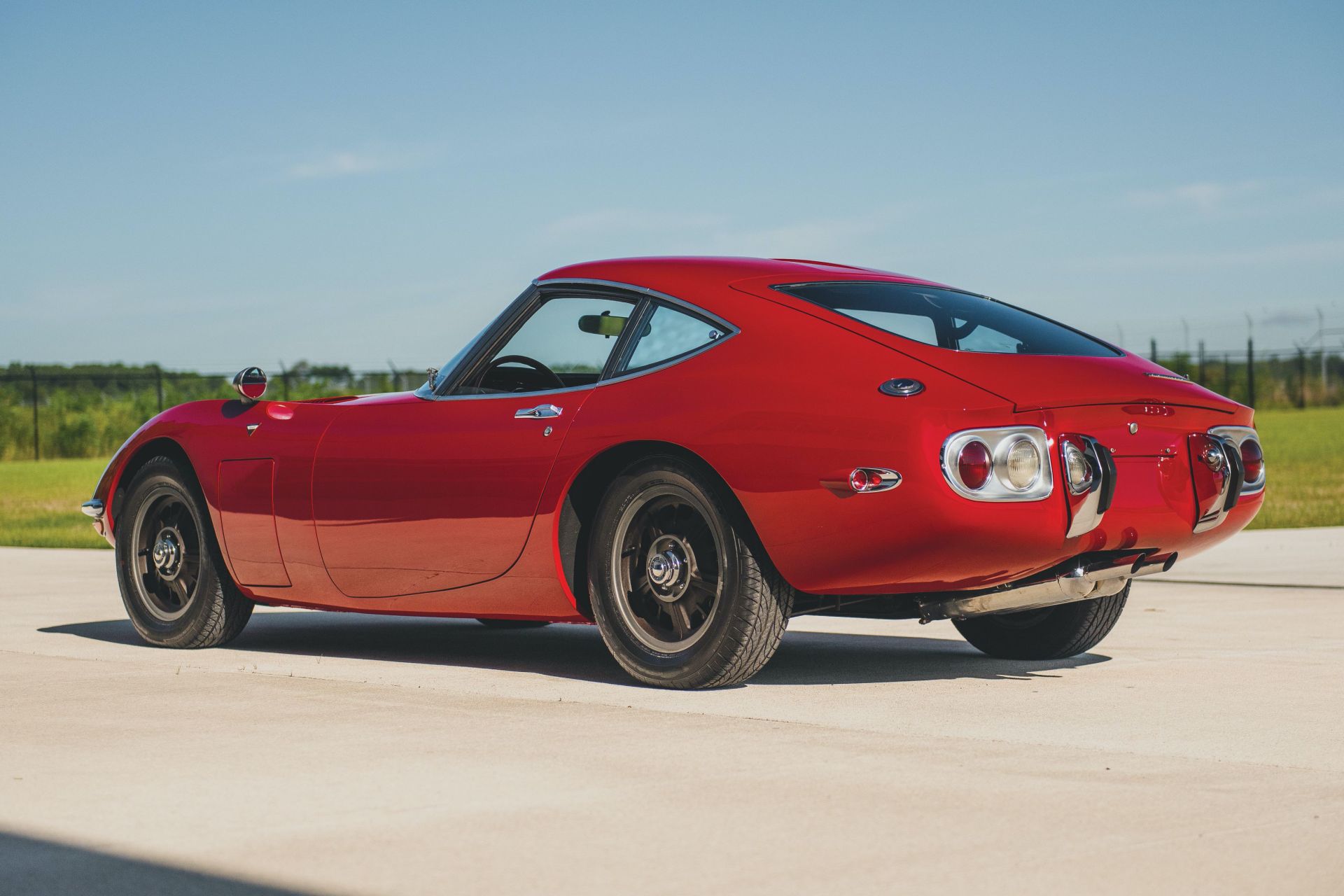 Linton, who also owned a Toyota dealership in Pennsylvania, held on to the rare coupe for more than 30 years before passing it to fellow Toyota dealer Rich Jacobsen, who added the 2000GT to his private collection. The third owner, Maine Line Exotics, put it through a full restoration, with the car being exhibited at the 2007 Rolex Monterey Motorsports Reunion as part of Toyota Motorsport’s 50th anniversary display.

Soon after that, it was sold to classic motor vehicle collector Brown Maloney, who drove it in the 2010 Copperstate 1000 road rally. Finally, it made its way into RM Sotheby’s Elkhart Collection.

The 1967 Toyota 2000GT is described by the auction house as having a “very authentic and proper look, with correct finishes to the engine bay and well-fitted bodywork.” The interior is largely tight and crisp, with only minor patina, and the dashboard and wooden steering wheel are in great condition. 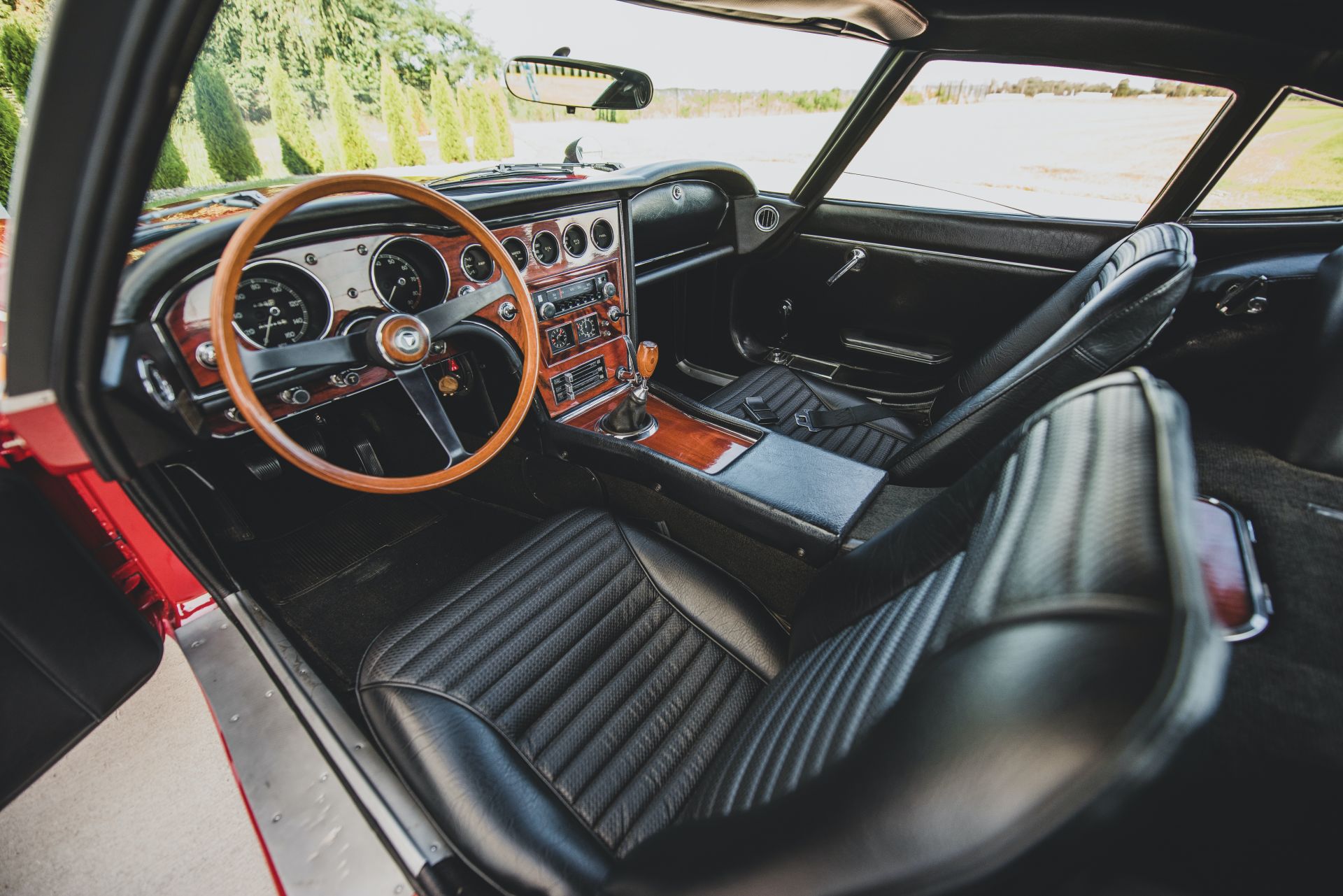 Born from motorsport, the Toyota 2000GT became the brand’s first halo car when it launched in 1967. Originally a Yamaha project, it was pitched to Toyota which accepted the 2000GT as an opportunity to prove that its engineers and designers could compete with the world’s best.

Yamaha took the 2.0-liter inline six-cylinder engine from the Toyota Crown and adapted it for use in the 2000GT by installing new double overhead camshafts. This brought the total output to 150 horsepower, channeled to the rear wheels via a five-speed manual gearbox (a three-speed auto was also available).