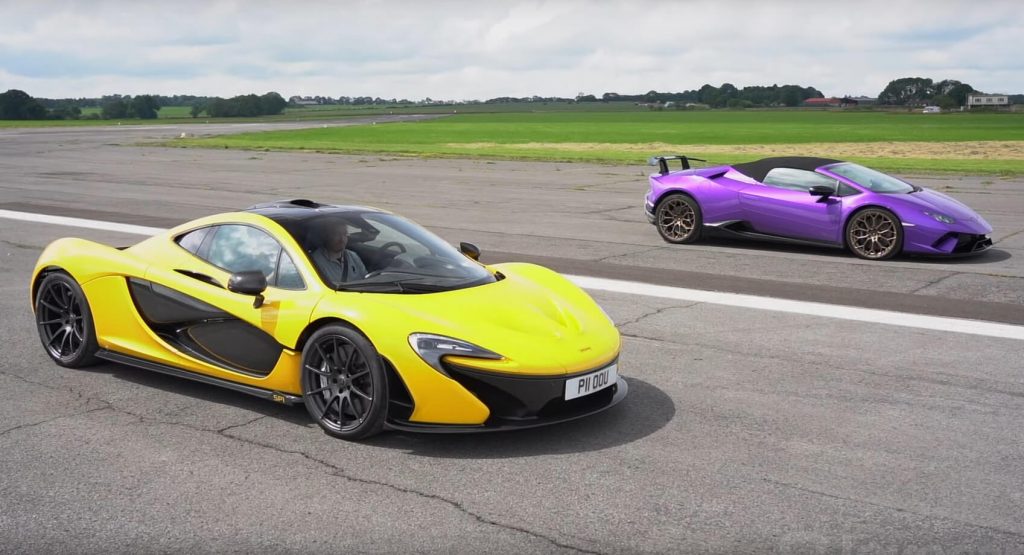 Despite its production having ended five years ago, the McLaren P1 continues to be subjected to drag races against different rivals.

We’ve seen it take on vehicles such as the Porsche Taycan Turbo S and the Ferrari F40 earlier this year, and more recently, it was pitted against the Lamborghini Huracan Performante Spyder.

Lamborghini has given the Performante some very clever active aerodynamics, a revised ANIMA, recalibrated ESC, tuned suspension and more responsive steering, which should help it go fast around a track. However, this is a quarter-mile sprint drag race and the only things that matter are sheer power and laying it down properly. Thus, the P1 holds the upper hand, so we don’t expect the Huracan Performante Spyder to pull off a surprise – or did it?